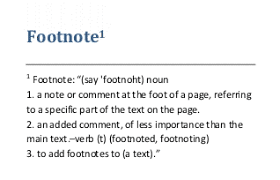 Dearest Christians in Central Turkey. Let me continue to remind you of the Gospel which I preached to you.
Truly you are Abraham’s children, heirs, who now are receiving the promised inheritance through Jesus Christ. No longer must you hold onto the guard rails of any identity marker to make this promise plain—you are in Christ, and that’s it! You are part of God’s people!
Yet I should not be shocked that you want to go back… after all when God brought the Israelites out of Freedom under Moses and they traveled through the wilderness to the promised land… along the way they wailed and whined and wanted to go back to Slavery, back to the fleshpots of Egypt.
And so too, these people who came preaching to you all after me are luring you back to the fleshpots. It might be more comfortable to rely on your identity as male, free, or Jewish (or I might add…Elite, rich, young, straight, citizen, or white)—or at least, those preaching a false gospel would make you feel more welcome, once you conformed to all those identities—but you all are free of that, you all are a member of the Messiah’s family. You, yes you in particular who are hearing these words, you are Free!
I know it’s hard—after all look at Abraham, he wasn’t able to trust God’s promises, he was promised land & children, and the first thing he went out and did was try to force the issue… he continually leaves the land and does everything he can to mess up the lives of his children, grandchildren, and great grandchildren—always with a sense that he was going to make the promise happen… it already happened!
So too with these preachers of a false gospel—they want you to force the promise God made to us through his son Jesus by adopting identities that aren’t the identity Child of God! They want you to circumcise yourself, or accept second class citizenship in the Kingdom of God.

But I Paul, tell you this much, if you do what they say, the Messiah means nothing to you! Once you give in on that one little thing, everything else changes… the dividing walls come back up, exclusionary identities will become normal to you again—know this, neither cutting the flesh nor not cutting the flesh is of any avail, but rather faithfulness made actual through love avails much!
You all were running the race perfectly when I left you, but now you’ve run smack into a concrete wall. I am confident you will find your way around it and back to the scandalous cross of our Lord Jesus!

I guess what I’m saying is, it was to bring us into the realm of freedom that Christ set us free. So stand you all’s ground, and don’t get locked up again!
You all were called to freedom! But don’t let that freedom be turned into a place the Flesh will ambush you all from!
Instead, be captured by love of one another. After all, the whole of the Law was spoken in the sentence: “You shall love your neighbor as yourself!”
You know the other option don’t you? Acting like two rabid dogs, snapping at one another, threatening to devour one another—It seems like you all are going that route—good luck with that—you’ll swallow one another whole.
Look, here’s how I’d teach you if I was there in person: Lead you all’s daily lives guided by the Spirit—in that way, y’all won’t end up acting all impulsive and be tricked by the Flesh into doing It’s desire.
Because the Flesh is actively inclined against the Spirit, and the Spirit again the Flesh.
Check it out, these two Powers, the Flesh and the Spirit—are opposites sides, at war with one another—and in the confusion of that war you all don’t actually do what you wish to do!
But if, in the daily life of your community, you all are being consistently led by the Spirit, then you all don’t need the Law to fight your battle against the Flesh.
When the Flesh claims you as an occupied territory it’s really obvious.
The effects are sexual—for example: fornication, vicious immorality, and uncontrolled debauchery.
They are spiritual—for example: the worship of idols and belief in magic.
They are publicly embarrassing: bouts of drunkenness, nights of carousing, and the like.
Most worrying they are destructive to community: instances of irreconcilable hatred, strife, resentment, outbursts of rage, mercenary ambition, dissensions, separation into divisive cliques, and grudging envy of the neighbor’s success.
In this regard, I warn you all now, just as I warned y’all before: those who practice the like will not inherit the Kingdom of God.
By contrast, when you are rightfully claimed by the realm of the Spirit it’s obvious too—because you bear the fruits of the Spirit. They are love, joy, peace, patience, kindness, generosity, faith, gentleness, self-control. The Law, the other option in this fight against the Flesh—even the Law which oppresses you all as much as the Flesh, doesn’t forbid these kinds of things! And remember, those who belong to Christ Jesus have crucified the Flesh, together with its passions and desires.
If we live in the Spirit—and we do!—let us carry out our daily lives under the guidance of the Spirit.
For example, if someone falls, restore them with gentleness, you too could just as easily be tempted as they were. Bear one another’s burdens—that’s how you do that love thing that fulfills the Law of Christ! Live that out by giving your neighbor the benefit of the doubt, while taking responsibility for your own actions. Imagine if we all did that!
Those fruits of the Spirit and Works of the Flesh you are planting, they will come to full bloom—that’s a warning and a promise friends. So, in this planting season let’s work for the good of all, especially those who are members of the family of God.
And on that note, I write one final time, in big ol’ letters, about that issue. You are members of the family of God whether you’ve been marked in the flesh by circumcision or not. Do not boast in the flesh, boast only in the Cross of Jesus. Because of the Blessed One being crucified on the cursed cross, all the divisions of this world are scattered, including the distinction between Jew and Gentile, because a new creation, a new world, is here! That alone matters!
If you trust that to be true, I bless you with God’s peace and mercy! The Grace of our Lord Jesus the Anointed be with your spirit, siblings. Amen!

Posted by Christopher at 1:08 PM No comments: